What are rip currents and why have they been so deadly?

NORFOLK, Va. (AP) — So far this year there have been 18 surf zone fatalities in the United States.

Of them, 13 have been caused by rip currents. Of those, six have occurred along the North Carolina coast — the most recent on May 25 at Southern Shores, according to a news release from police.

There already have been hundreds of rescues along the country’s beaches.

And it’s not even officially summer yet.

“They’ve been hit pretty hard down there,” said Tom Gill of Virginia Beach Lifesaving Services. “We were lucky this weekend with low tide being early and late when fewer people were in the water.” 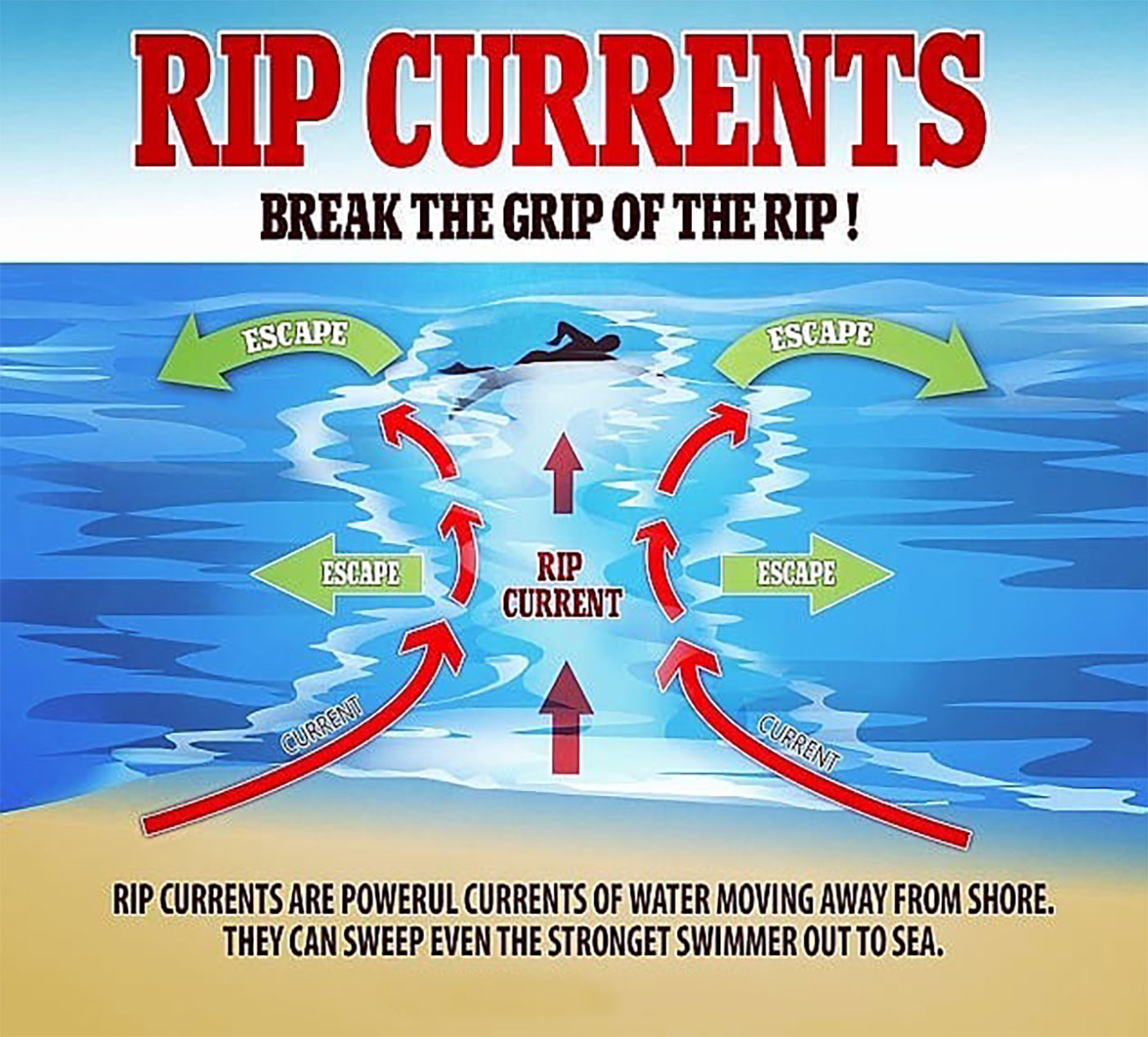 A rip forms along the beach where there is a gap in the sandbar. As waves push in between the sandbar and beach, water piles up and flows fast back out to sea through the gap. The National Weather Service said that in certain situations, the current can run up to 5 mph, faster than an Olympic 50 meter swimmer.

People in the area of the rip can be carried out past the sandbar before the current starts to subside. Some rips can go for several hundred yards. Deaths typically happen when people panic and try to swim against the current, tiring themselves to exhaustion quickly. Most are poor swimmers or those with no swimming skills at all.

“Rips won’t pull you under water, but people can go under as quickly as 30 seconds when they get tired,” said Gill, who also is the spokesman for the USLA.

Gill advises swimmers caught in a rip to simply float or tread water as the current pulls them out. Where the current isn’t as strong, start swimming parallel to shore until you’re out of the rip, then swim to shore. If you need help, start waving and yelling toward the beach.

“Our folks are really good at keeping an eye on the situation in the water,” he said. “Especially when their station is near where a rip has formed.”

The problem on the Outer Banks, he said, is a lack of lifeguard stations. The Cape Hatteras National Seashore that spans nearly 70 miles recently added a lifeguard stand on Frisco Beach, joining stands at Coquina Beach south of Nags Head, Hatteras Light and Ocracoke.

“There’s no way we could provide lifeguards on all of the beach,” said David Hallac, superintendent of national parks in eastern North Carolina. “So we’re providing them with safer places to swim where there are guards on duty.

“And we really focus on education.”

Hallac said he and his staff gave nearly 2,500 presentations about the national seashore to more than 76,000 last year, and part of each dealt with water safety. He said there are 200 signs warning visitors of dangerous currents and, in partnership with Dare County, visitors can get alerts on higher rip current and related risks.

“It’s important that people learn to recognize rips and know how to get out of them,” Hallac said.

There have been 20 drownings at the national seashore in the last three years. The stretch of beach is very susceptible to rips because of stronger wave action, deeper water closer to the shore and because it is more south-facing than Virginia Beach.

“Swim near a stand, wear a life jacket if you aren’t a good swimmer, learn how to spot a rip area,” Gill said.

Information from: The Virginian-Pilot, http://pilotonline.com